Halloween With My Silhouette...

First, let me tell you that I am not being compensated in any way for this!!!!  It's one of the happy things that I just really like so I have to share!  Really!  But, if Silhouette wanted to make me a very happy person, I wouldn't say NO if they offered!  ;)

I told you a few weeks ago that I got a Silhouette Cameo vinyl cutter.  Well, I had no idea how much fun I was going to be having with this baby!

I received a card for $10 worth of templates from the Silhouette store so I went there right away to check out what kinds of templates they had and stumbled across these: 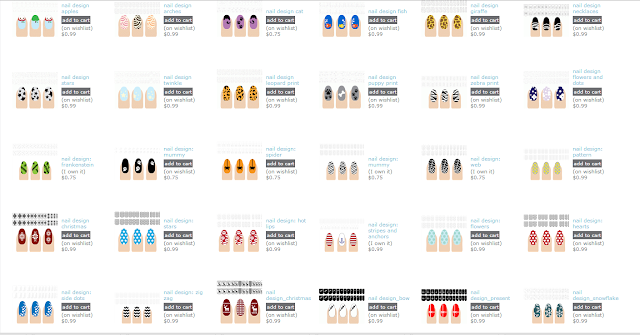 Can you tell what they are?  They are templates to cut out designs for your fingernails!  Can't you believe it????

Now, we all know how much I like to decorate my nails.  Yep, there's a template for that!  :)

I have tried several things for adding interest to my nails from stickers to drawing with a pen to trying to use the stencils (which never have worked for me!!!!!)

Knowing that Halloween was coming up, I used some of my credits to download a couple of the nail templates.

I found out that I could cut contact paper with the cutter when I cut out the design to customize my Silhouette:

So, I bought some clear contact paper at Wal-Mart and some black nail polish.  The contact paper would allow me to place it where I wanted it since I could see through it and had just the right amount of tack to stick well but not pull off the polish underneath.

All I had to do was choose a victim nail and peel off the cut out sticker. 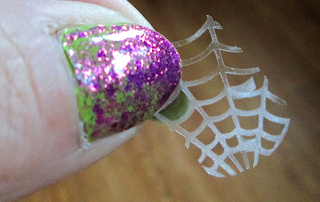 Then, I placed the sticker on my nail... 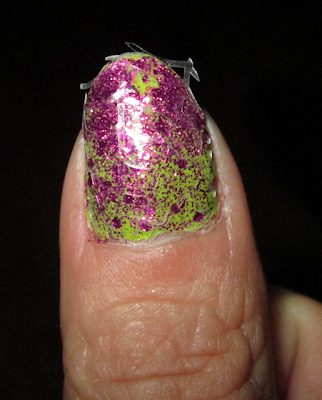 Then glopped the black polish on over the top... 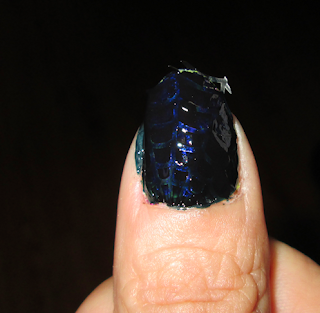 Then peeled the sticker off... 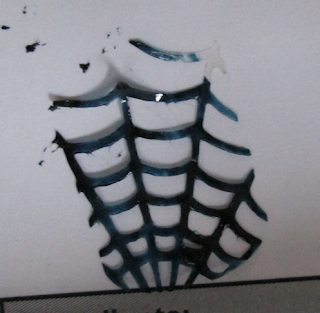 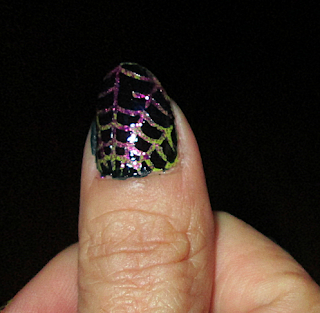 A newly painted spider web!  How fun is this????
(just ignore the bit of black polish I glopped onto the side of my finger--it'll come off!)

So, here are my nails all spiffed up for Halloween thanks to my Silhouette! 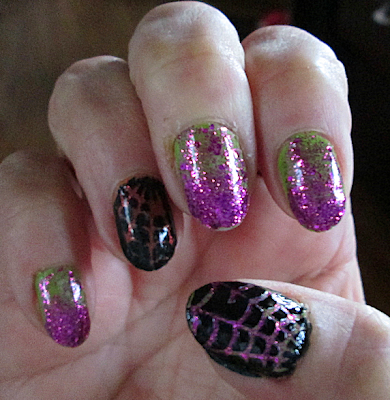 There are a BUNCH of different designs available and I plan to use most of them!  Oh yeah...You BET I DO!!!!

Okay, so this is definitely a happy hump day item!

Are you ready for Halloween?

Halloween is Here! A Little Treat...

I found this idea on The Queen's Card Castle via Pinterest and just HAD to give it a try!  :) 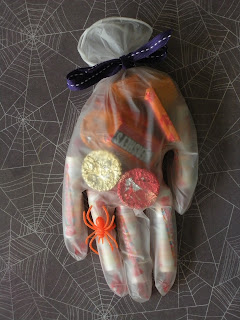 There are a bunch of kids living in the RV Campground here and Trick or Treating is definitely on the calendar.  Yay!

The kids are allowed to Trick or Treat at campers that have the porch light lit.  Our porch light just blew out as well as the security lights so I spent a day changing the 3 bulbs--but that's another story.  ;)

The office says that there are about 25 kids in the park so I decided to give this a go and it turned out so cute!

I started by getting a huge bag of smarties--those are the fingers--and a package of non powdered gloves from the pharmacy.  Grabbed some rolls of ribbon in Halloween type colors, some spider rings and a BUNCH of candy--the little mini stuff.  That works best when filling the palm of the glove. 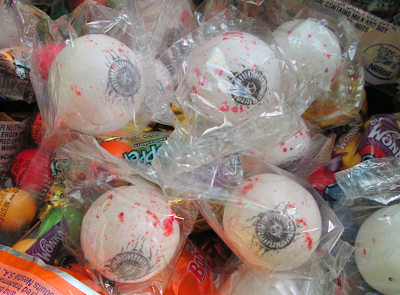 Oh!  And check out these cool eyeball gum balls!  Are they too cute or WHAT???  I found those at Dollar General!

As I began to make them, I found that TWO smarties in the thumb looked more thumb like--don't you think?  See in this picture?  The one smartie in the thumb just seems a little thin. 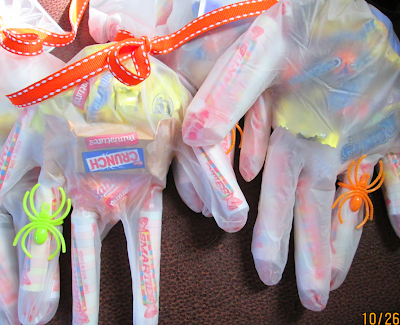 Start with the smarties in the fingers, put a ring on it, stuff the palm with all of the mini candies and cute eyeball gum and tie it all up with a bow!  How fun is this???? 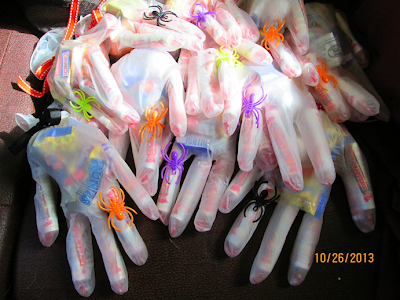 Bring on the Trick or Treaters!

Today I get to introduce you to my new toy...

First, let me say that I am in no way being compensated for this post by anyone!  I didn't receive any merchandise or anything, but if Silhouette wanted to send me some cool SWAG, I would be fine with that!  ;-)

After months of saving my "blow money" (see Financial Peace University if that term is unknown) and money from doing surveys, I had the money to buy this little beauty!
I was thinking of how it could cut vinyl and had a little something in mind--particularly an 88 for the back window of my truck along with possibly a 15 and a 5?  Hmmm...

After I received the package which included the Cameo, some sketch pens and the Rhinestone starter kit that I found here.
In anticipation of the Silhouette Cameo Arriving, I ordered some vinyl that had really good reviews found here:

I then began to watch several tutorials that I found online and I could not believe all that this puppy could do!  Wow!  Stencils, cutting fabric, vinyl, cardstock and those cool tags?  Just cut them on the Silhouette!

I also found out that I can cut out contact paper.  So, I headed out to find some in the local area and at Home Depot found some that looks like black leather.  Fun!

The first thing to be decorated was my actual Silhouette!  Here it is!

Then, I printed out the phrase that Gman and I chose for the camper door.  I had found a few, but this is the one that we chose together... 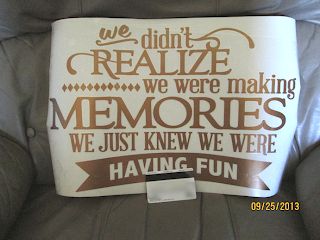 Notice that there is a charge card right under Having.  I am using that as a burnisher.  It is by far the best way to use a credit card!  :-)

So, here is the victim door to our camper before... 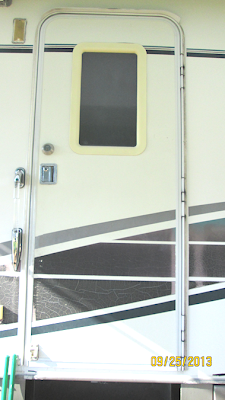 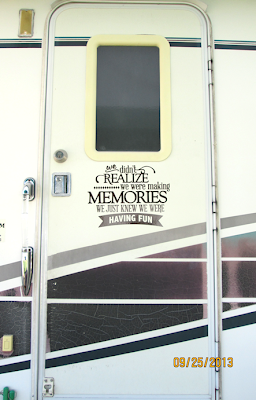 How fun is that????  Wait until you see what else I have been doing with it!  So fun!

Thanks for dropping by!
Posted by labbie1 at 8:00 AM 2 comments: