Dad and I deliver meals on wheels on Thursdays.  There was a couple that we delivered to for a short time.  They had a pug.  I enjoyed meeting their pug who I was told was named Tootie--like the character from Facts of Life.  She was cute and friendly--in other words, very puggy.


One day, we were told that the wife had passed away and the husband was then placed in a nursing home as he was unable to care for himself.  I wondered what would happen to the dog since I had been told by the sister of the woman that she could not keep the pug since her own dog hated other dogs.


I left a note on the door of the apartment with my info letting them know that we have pugs and would be happy to help them out with Tootie.


I heard nothing for a month and assumed they had placed her.  Then, one day, while getting ready to leave for Memorial Day I received a call.


He gave me the particulars.  Turns out she was staying with this man who wanted her, but couldn't afford to pay the deposit to keep her.  The family was going to put her to sleep, but he remembered the note, so called.

We bundled her up and took her with us on vacation.  When we returned, she thought Little Blue was her new home.  Everytime she went out, she would run over to Little Blue to try to get into the "House".
﻿﻿﻿﻿﻿﻿﻿﻿﻿ 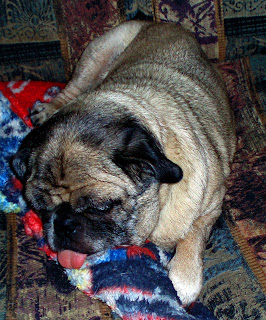 She is a sweet girl and after putting the boys in their places when they would not quit sniffing, she has fit right in.
﻿﻿﻿﻿﻿﻿She loves to be on your lap and close to you at all times.  She is a very good girl. 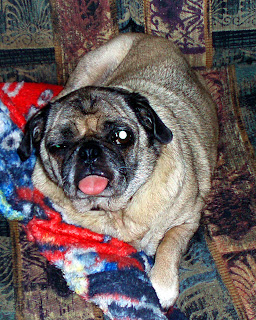 She never responded to the name Tootie with us and since she just followed Gman all around like his little shadow, we renamed her Shadow.  (In this picture, it appears her left eye is bad, but she just woke up and was just opening her eyes).
Now we have 3 pugs and a Tank... 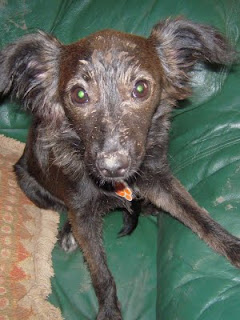 The next dog to rain down was named Patricia.  She was at the local shelter.  My friend Kathy and I were sitting in the Kampground office and she was just browsing Craigs List when she saw this dog that looked just like her Emmy.  She fell in love immediately.  She even called about Patricia.  It turned out she is a Chiweenie (Chihuahua and Daschund) Long story short, Patricia is now named Toni (Kathy likes to own award dogs--Oscar, Emmy and now Toni) and she is a lovely part of their family.  Read Kathy's blog about her here for more pictures and fun... 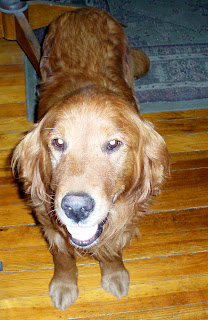 The third dog to join friends and family is Trooper. 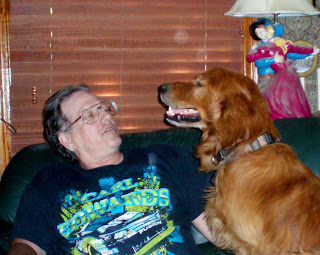 He came to my brother Tom's home after the death of their Golden Retriever, Ruby earlier. 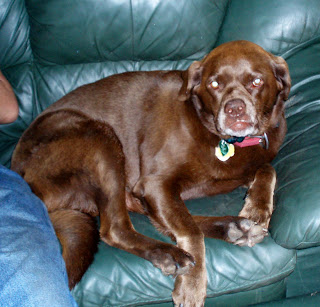 Their other dog, chocolate lab Mimi, was alone and feeling the loss of Ruby intensly. 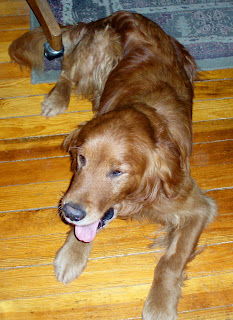 After a visit to the Shelter, and a second visit so that the dogs could meet, Trooper joined the family.  What a sweet dog he is!!!!
So, 3 more dogs have great families who love them and their stories are happy ones--and their people's lives are made happier to have them!  I wouldn't trade my shelter dogs for anything!  :)
﻿
﻿﻿﻿﻿﻿﻿﻿﻿
﻿﻿
﻿﻿