This is for Kim over at Cheap Chic Home.  She has a Possible Dreams Santa that she picked up but he is a little rough. 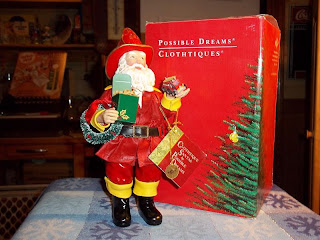 This is an interesting one--I like the star, but I am not sure the hands are right. 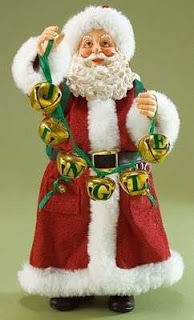 This one lends itself to the way the hands are on Kim's... 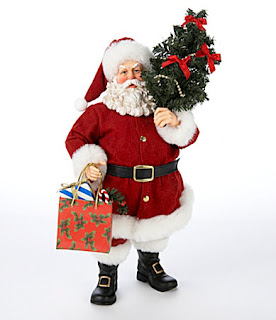 This one would be easy to do with Kim's Santa--but does he look a little unhappy to be carrying that tree? 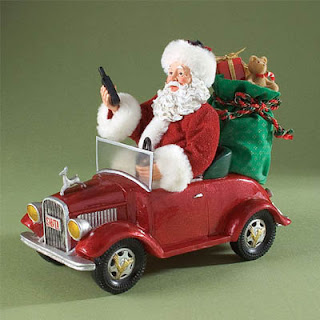 And then I saw this one and when it was small, I thought that was a bottle of Coke and I thought Aha! Wouldn't it be neat to fix him up like a Coca-Cola Santa?????  Put a bottle of Coke in his upper hand and maybe carrying the Coca-Cola polar bear in is right hand?  That could be REALLY FUN!!!!

If you guys have ideas, hop on over to Kim's and let her know!