Hot Time In The Summer!

Hey! Long time, no posts! I know--I am BAD!!!
How do you like the new background for the posts? I chose this one because the colors remind me of the hot, humid days of summer--which we have definitely had here!!!
Where is here you might ask? Well--it is Missouri! Yep--the last blog was the trip from Missouri to New York. And now, surprise! We are back in Missouri.
A lot happened between and I am gonna start to tell you about the between right now! 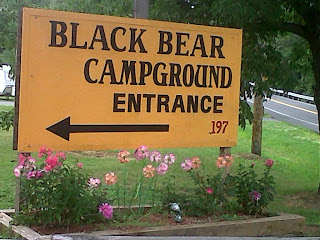 When last we gathered, I left you with stranded Tom having just arrived at Black Bear Campground in Florida, NY and angry wife, Nina! Well...
Jim flew to KS to pick up Junior. No, not our son--the car. All of you who know us, know who Junior is and why we would name a car Junior--for those of you who don't know us, THIS is Junior.... 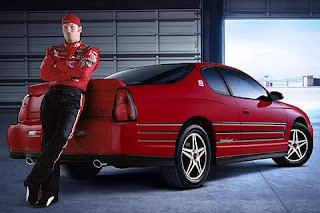 Tom and I fixed up the camper. Tom gave me a nice tutorial about the propane tanks and how to hook them up. The campground delivered a 100 lb propane cylinder to the camper and we went to connect the hose to it. We found that the propane hoses on the camper were stiff and one was leaking, so we replaced them with longer hoses that would be easier to hook up to the big cylinder that sits outside of the camper.
Tom explained that the threads for the propane are counter clockwise, so instead of righty tighty, lefty loosey--they are righty loosey lefty tighty and use a 7/8" wrench (which was put on my to do list--Tom had one in his tool bag--of course--but I didn't have anything that large).
He also explained that when the tank is empty, it will automatically switch to the other tank and red appears in a little window on the valves indicating that it is time to switch out tanks.
With the camper set up, hooked up and propane attached, we headed to Sam's Club where I bought new tires for my Durango (I was planning to buy new ones before winter anyway and just had not done so). While those were being mounted we walked to Olive Garden and got dinner and talked NASCAR (seriously--what ELSE would one talk about????)
New tires on, I stocked up on groceries and Tom headed to Missouri in my Durango the next morning--though he felt bad leaving me with no vehicle. Seriously--I had food, water and the dogs and Jim would be passing him on the highway on his way to NY with Junior--so it wouldn't be for long.
Tom and Nina had a trip to Kansas planned for the weekend to see Trans Syberian Orchestra in Wichita with their kids. It's a yearly event (we enjoyed it with them one year as well and TSO is definitely worth the ticket!). They took the Durango to Wichita and back to MO and when Tom's truck was ready, Tom brought the Durango back, picked up his truck and drove his truck with new heavy duty tranny back to MO. James at Duro Transmission really did a great job and to this day, it is in great shape!
I decided to use the time after Tom left and before Jim arrived to put all of the "stuff" together in the camper. When moving the camper, all items have to be cleared from the counters (I put a bath towel in the bathtub and the clothes basket and pack most of the heavier items in there--the rest go in the kitchen sink wrapped in a towel) and the cabinets have to be secured (I like to use the baby locks to hold the doors closed. Originally I used zip ties, but they have to be cut when you need to access the cabinets and then you have to find the zips to tie it shut again, so the baby locks are better for my use). All of the packing has to be reversed and set up into a "home" again, so I nested.
After I was done with the nesting, I pulled out the computer and went about learing to "winterize" a camper. Here are some of the sites that I found to be most helpful: http://www.rvliving.net/winter.htm , http://www.marxrv.com/skp/survive.htm , http://www.rverscorner.com/articles/winter.html .
After reading, I made a list of items that I thought would be helpful for winterizing the camper and set about making a plan to hunker down for the cold, dark days ahead (remember this is Halloween and we are now in the mountains!)
By the time Jim and Junior arrived, I had a plan of attack for winterizing the camper, had everything set up and was nesting in for the beautiful fall in the mountains.
Posted by labbie1 at 1:43 PM 2 comments: