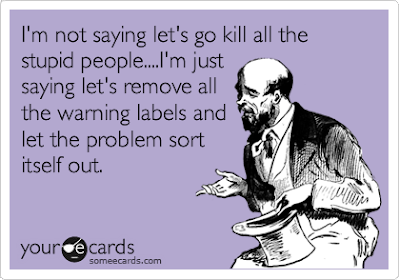 Have a great weekend! 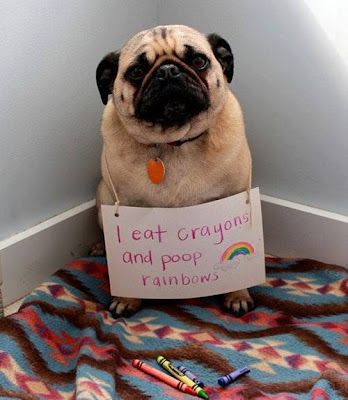 Everyone who has a pug KNOWS this is true!

Last Saturday night we went to Hasler Brother's Steakhouse located at 703 Chestnut in Bastrop, TX for our anniversary. 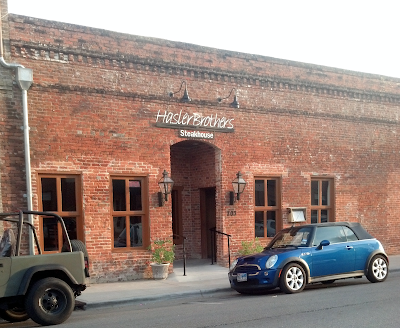 We began to plan on this one day back in May when we were walking around in Bastrop and noticed the menu on the wall.  See it?  Look at this picture under the arrow: 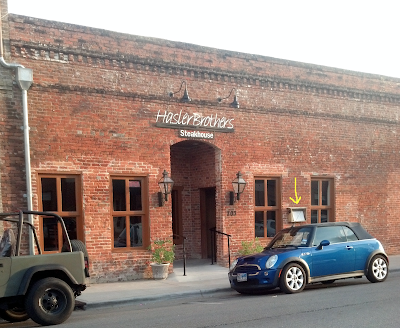 Reminds me of some of the places we have been like Las Vegas and Reno where all of the restaurants post their menus so that you can make a decision to come in or move on.  I like it!

Anywho, we were standing there reading the menu one day when the restaurant was closed and the owner just happened to be walking along the sidewalk to another location.  He stopped to speak with us a bit and told us that the steaks here were served without a steak knife because you only need a fork to cut them.  Hmmmm...Got my attention!  :)
So, with great excitement, we headed to town and to the entrance. 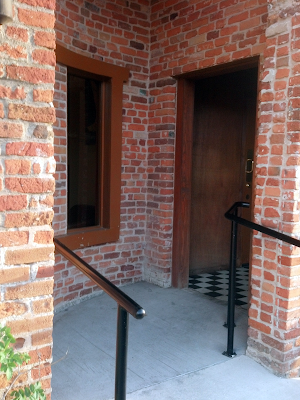 I love the entrance--the way that the building curves around and into the opening.  So interesting.  I decided that if the steaks were as good as the neat old building, it was gonna be a great night!

As we entered, the bar was to the left.  So pretty! 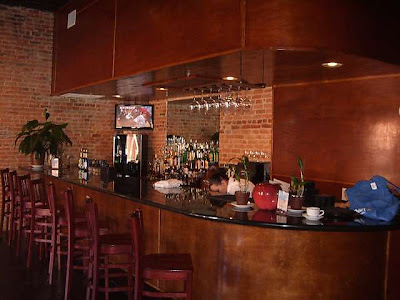 Then they took us back to the dining room.
The waiters were in white shirts, black pants and black vests and black ties.  They looked so great and the service was excellent! 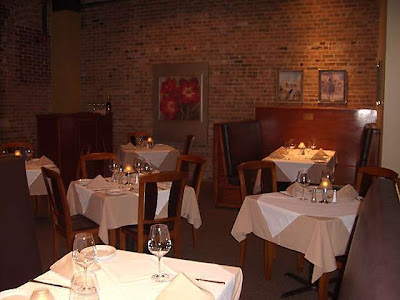 It's cozy and very romantic.

Unfortunately, with temp outside has been over 100 degrees each day and it was quite warm in the dining room for some reason.  Poor Gman was wiping his face with his napkin!  I was fortunate that I was wearing a thin tank top, but I was still warm as well.

Gman ordered a New York Strip and I ordered the Bacon Wrapped Filet.  They both came with the long uncut green beans which were very good and really good homemade mashed potatoes.  Interestingly, they did NOT come with a salad--which was fine with me, but I was surprised nontheless...

They brought the steaks and we did have our butter knives which cut the steaks easily.  Not sure that a fork would have cut them easily, but the butter knife did.  They were done properly and nice and juicy--even Gman's!  Wow!

I was stuffed to the gills after eating half of my meal, but Gman and I managed to polish off a lovely chocolate valcano topped with vanilla bean ice cream drizzled with milk and white chocolate with two spoons.  It wasn't until we got to the car that we realized that they didn't include the whipped cream!  REALLY???  How could we not notice????

Or maybe it was the heat.

The meal was very good and all in all, we really enjoyed our evening out.  We won't go there on a regular basis because it is really expensive but it was nice for a special occasion. 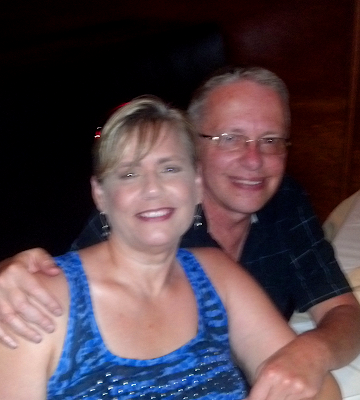 Sorry!  Our waiter took the picture and my cell phone camera doesn't seem to do too well in the darkness.

TEX-MEX RAVIOLI
We just had this on Thursday and boy was it great!  I, of course, made it with Thrive Foods, but I will put both recipes here just for you!  :) 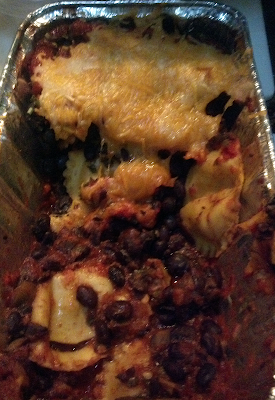 
Now for the Thrive version:

This one was a quick click.  Sorry for the blur... 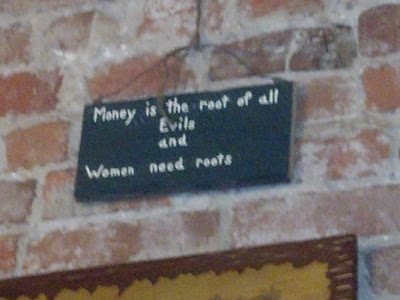 Today is the day that in 1980 I was happy to become the wife of the handsome guy that made my heart beat faster and happier.

I didn't know at the time how much he would complete me.
Happy Anniversary Gman!
I love you! 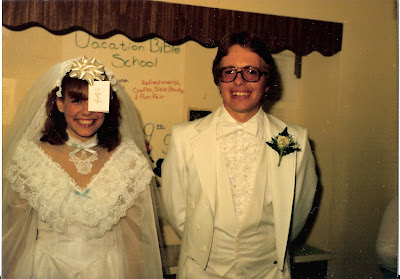