I am catching up a bit here and in looking through my photos I found the ones from Stone Hill Winery in Hermann, MO.

"It is commonly believed that the Hermann area’s resemblance to the Rhine Valley prompted scouts from the German Settlement Society of Philadelphia to choose the site for a colony on the American frontier. - See more"

Hermann is well known in the area along the Missouri River wine country.  It has many wineries in and around the town as well as breweries.  I LOVE going to Hermann.  The views are breathtaking and so beautiful.

In July of 2012, we got together with our friends Marshell and Janet and headed to wine country.  We weren't really sure what we would do once there, but in Hermann, you can always find something.

It was a hot hot HOT day, so what do you do on a hot day in wine country? 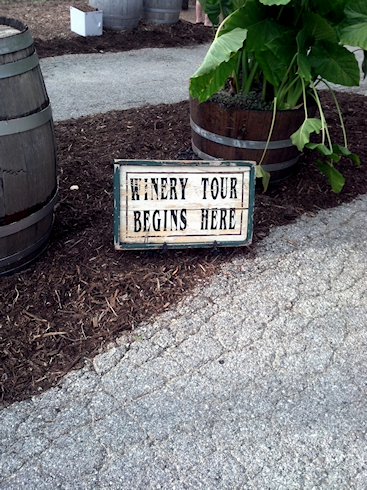 Head to the winery and take a tour of the wine caves of course!  Ahhhhh...so cool and refreshing!


At the outset, we met our tour guide who gave us a mini lecture on the valley, it's origins and the winery itself.  According to him, this is the oldest winery in the valley.  Another winery also claims that distinction.  Let's just say they have both been there for a long time.  :)

The first area you enter is this room.  It is so cool--a nice constant 70 degrees-ish throughout the year.  According to the guide, back in the 1800's and early 1900's the workers and families would actually sleep in the cellars in the hot summer.  Wouldn't that have been super????  Nature's a/c.

During prohibition, the winery was allowed to continue to produce wines for use by the Catholic Church in their services for many years.

Alas, along the way, even the Catholic Church couldn't keep the government from demolishing the barrels and the wine.

According to the guide, the fronts of the huge barrels disappeared one night--thought to have spirited away by the priests or parishioners to preserve the carvings of the saints--but they have never been found again, so they were hidden quite well it would seem.

Here are a couple of the barrels.  The first from 2011 and the second from 2012.  You can see they are from different manufacturers and according to the guide, they are chosen for the specific year to enhance the flavors for that year's crop. 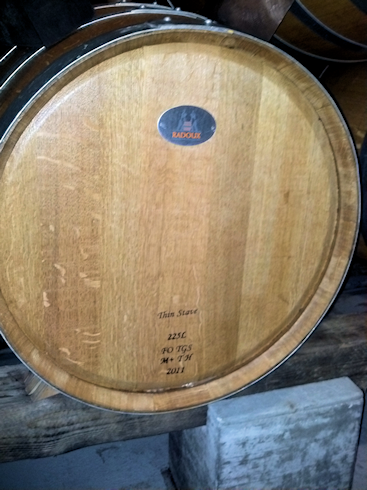 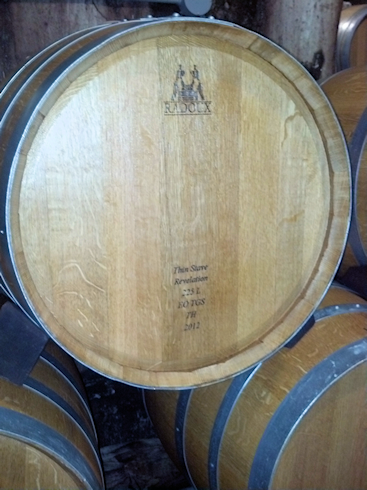 Next we headed to the white wine room.  White wine is kept in these tall stainless steel tanks which are so cold there is ice on the outsides...

The next area is the area where there are a lot of barrels of wine aging deeper into the cellar... 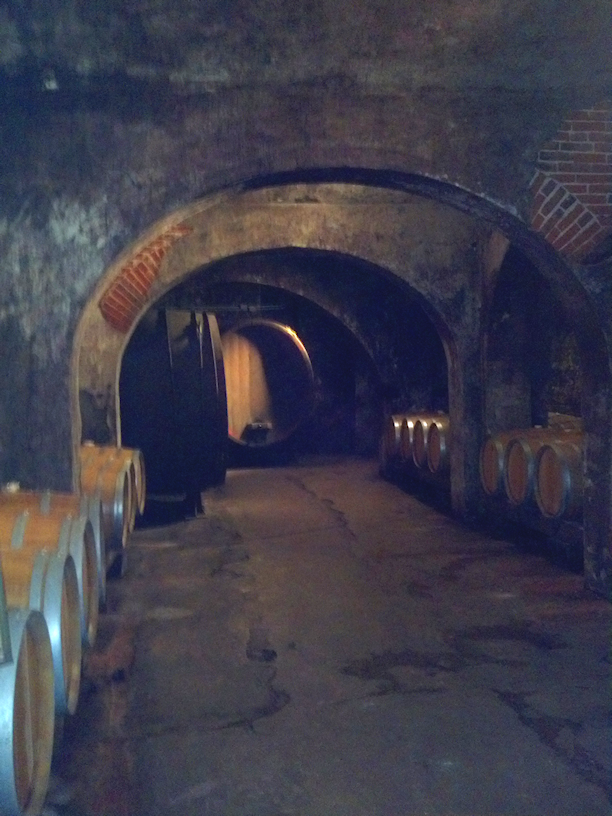 Somewhere during the white wine ice tanks and this area I met a couple who were on their honeymoon.  They were SO CUTE!  I mean REALLY!

I offered to take their pictures in the cellar and they readily agreed, handing me their Iphone.  We laughed and snapped photos and had a grand time--even losing the tour at times.

This is why I have no pix of me or gman or our friends in front of those huge barrels.

But the honeymooners have some great shots, let me tell you!  And we had a wonderful time!  Ahhhhh...young love... 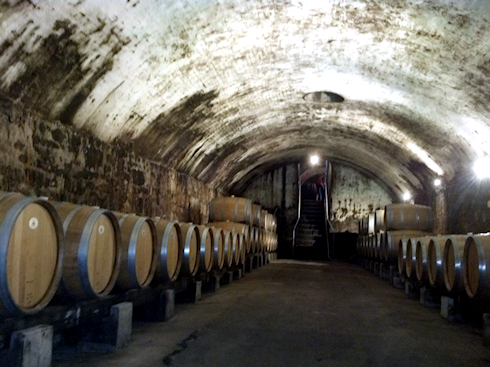 More wine aging as we climbed up into the finishing room that you can see through that door at the end.... 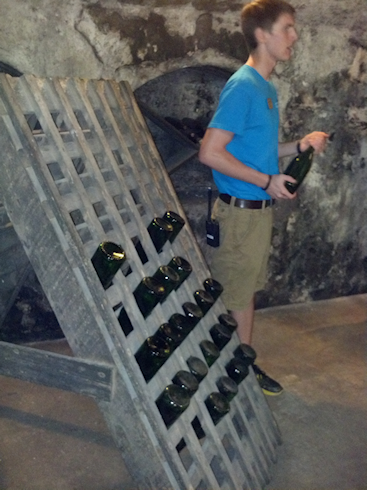 This is our guide showing us how they rack the wine.  He said this is sparkling wine at the moment.
So, that cute couple and I caught up to the tour in the finishing room just before we headed up to the tasting room conveniently located just through the wooden doors that you can see behind the ladies in pink shirts. 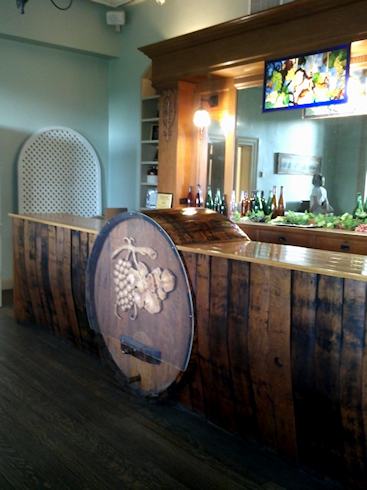 This is a beautiful bar upstairs.  I have not seen it in use but look at how rich and beautiful it is! 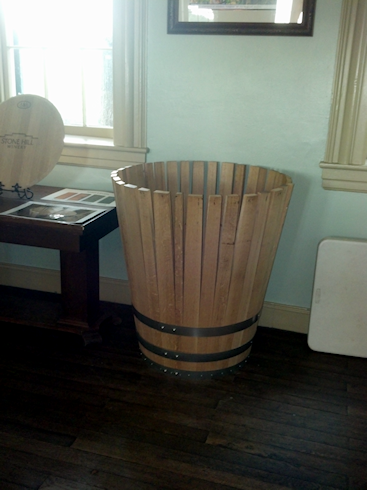 Here is a barrel as it looks when the staves are attached at the bottom but have not yet been brought in to the top. 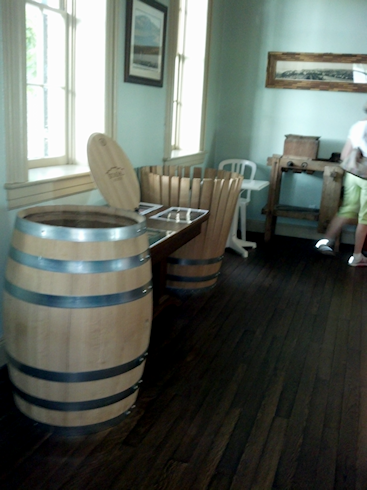 And here is a finished barrel ready to receive and protect it's delicious nectar...

And this is a panoramic shot of the valley and winery from around 1900.  You can see the rows of grapes in the foreground of the picture with the town in the rear...

I have the cutest picture of all of us posing in cutouts by the wine tasting room but haven't found the shot yet.  Hmmmm...

Oh well, another time for that.

Hope you liked the tour.  We ended up sharing a bottle of wine, some cheese and crackers and a great view with friends.